N/N (not a carrier) of FFS 2018. There is no contract and the fertility has been excellent.

Vivino was one of 12 premium dressage stallions at the 2018 Hanoverian Stallion Licensing. After a tough bidding duel, Vivino (by Vivaldi x Dancier) sold to Helgstrand and Schockemöhle for 2.010.000 euro at auction on Saturday 27 October 2018.

Vivino was one of 12 premium dressage stallions at the 2018 Hanoverian Stallion Licensing. After a tough bidding duel, Vivino (by Vivaldi x Dancier) sold to Helgstrand and Schockemöhle for 2.010.000 euro at auction on Saturday 27 October 2018.

The already 1.73 m standing liver chestnut is bred by Ulrike Buurman and was owned by Rosi and Ernst Kemper.

Unique son of his father Vivaldi: Like a monument, this stallion towered above his peers. Almost perfect in conformation, blessed with super gaits and always in control of his movements. Thus, Vivino became the top choice at his licensing, even thought Hanover no longer chooses Champions.

The sire Vivaldi goes back to the famous Dutch line of Utopia and leads the three international Grand Prix stallions Krack C / Anky van Grunsven / NED, Jazz / Tineke Bartels / NED and Cocktail / Anky van Grunsven in direct succession. He was HLP Reserve Champion in the Netherlands and won the 2007 Pavo Cup for five-year-olds. He was ridden by Hans Peter Minderhoud / NED to victory in the KNHS / KWPN stallion series in 2008 and 2009, where he received the 10.0 for his trot. Subsequently, he placed internationally successful until St. Georges. In 2013 he won the VHO Trophy at the KWPN licensing. From then on, the breed had priority. Vivaldi bred 35 licensed sons, among them our Burg Pokal winner Vitalis / Isabel Freese, the Louisdor Prize winner Veneziano / Daniel Bachmann Andersen / DEN, the World Cup Fifth Cennin / Madeleine Witte-Vrees / NED and the Grand Prix successful Desperado / Emmelie Scholtens / NED.

The mother St.Pr.St. Desiree was awarded in the Herwart von der Decken show  2013 in Verden.

The dam’s sire Dancier was 2004 Hanoverian Champion Stallion. One year later he won the overall and dressage index of his HLP in Adelheidsdorf and in 2006 he was awarded the best stallion of his class with the Freiherr von Stenglin Prize and the Burchard Müller Prize. This was followed by silver at the Hanoverian Riding Horse Championships and bronze at the Bundeschampionat of four-year old stallions, after Dancier had won the final qualification. Also in 2007 and 2008 he qualified for Warendorf and placed in the final of the six-year-olds. Subsequently, victories were added to St. Georges dressage. In 2014, Dancier received the prestigious Grande Prize. From the grandmother St.Pr.St. Fabienne comes from St. Georges successful Dany White and his also successful full brother Del Gado.

The third in the pedigree after Feinbrand was reserve champion stallion and main premium winner, placed in S-level dressage and sired ten licensed sons and numerous sport horses, including the European team champion Florestan / Kathleen Keller.

Fourth in the pedigree, the thoroughbred Tremezzo xx excellently rounds off the pedigree of the Vivino. 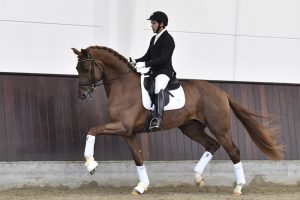 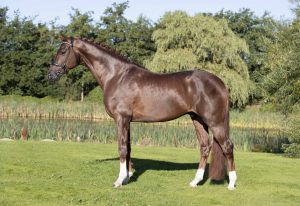 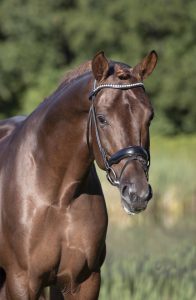 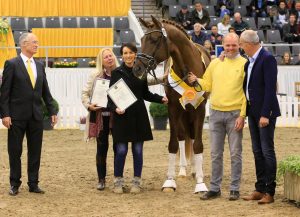 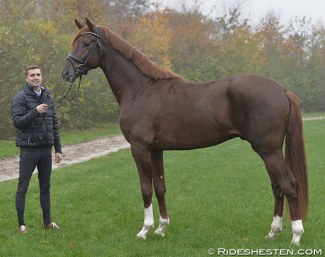