Vitalos finished with a great finale and became Bundeschampion of the 4-year-old stallions with a total score of impressive 9.6 with the following separate marks; 3 times the maximum score of 10 for trot, canter and rideability as well as a 9 for walk and exterior.

“The stallion trots almost arrogantly” and the jury commented on their “goose bumps feeling” at the final of the German Championships about our stallion Vitalos. In trot, “incredible cadence, with rhythmical movement that goes through his entire body and always present from the first step he took” – 10! In canter, “an uphill trend, with a lot of jump under the centre of gravity and freedom of the shoulders and in profile, one canter stride is like the next even in the corners and on both leads” – 10! In walk, “good freedom of the shoulders, always pushing from the hindquarters, pulling forward and in a clear four-beat rhythm” – 9! The contact was so precise, “it couldn’t be better for a four-year-old horse”, which was also confirmed by the test rider – 10! And the “typey, masculine conformation” rounded off the overall picture very well – 9.0! With an overall score of 9.6, ridden by Leonie Richter, Vitalos won the gold medal in the ranking of the four-year-old stallions, as he had done before at the Hanoverian Championships in Verden. He completed his stallion performance test in Denmark as the winner of his age group, and also received the dream score of 10.

The dam sire of VITALOS is De Niro, successful at Grand Prix level at the age of eight and winner of the Dressage Derby in Hamburg with riding master Dolf-Dietram Keller, led the WBFSH ranking list of the best dressage sires worldwide for six years.

His great-grand-dam Antje also produced the mare Waleska (by Wolkentanz I), who is the dam of the licensed stallion Destination MS (by Destano). 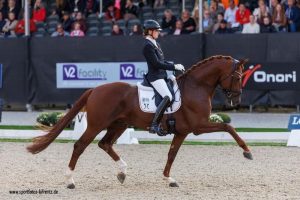 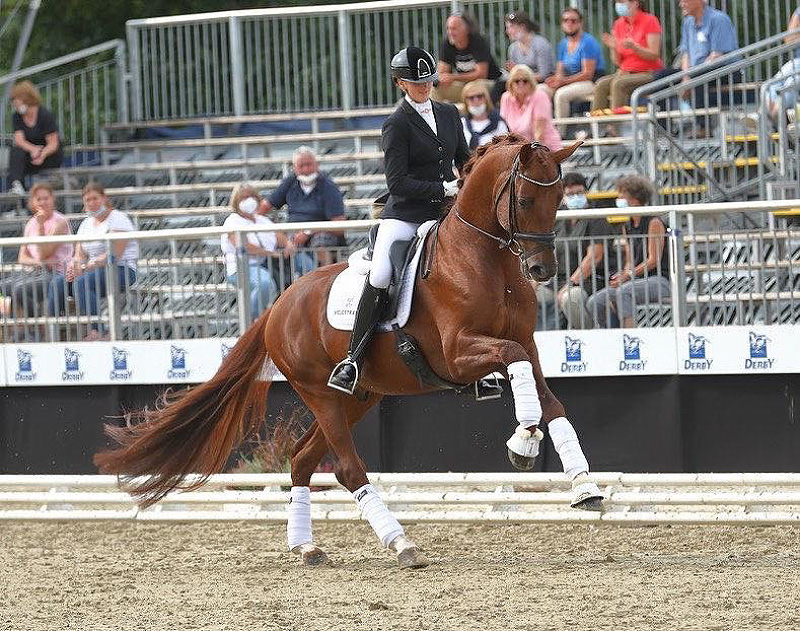 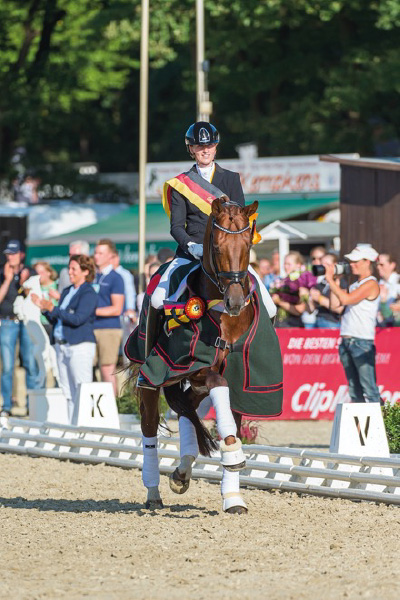 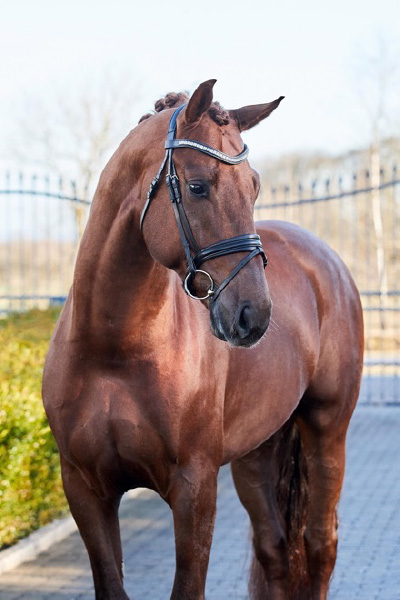 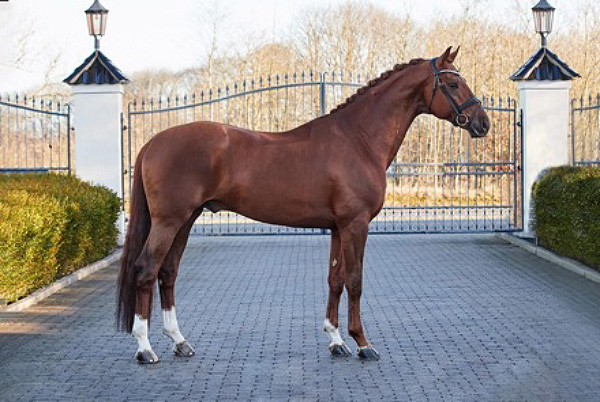