A stallion that is regarded as one of the best progenitors of dressage horses in the world. Vitalis was Reserve Champion at his licensing in Westphalia, in 2009, thus becoming the first licensed son of Vivaldi. As a foal in Holland, Vitalis won the Dutch Foal Championships.

In 2010, Vitalis performed well throughout his Stallion Licensing — being the highest scored stallion in the dressage phase. With an excellent HLP, in Warendorf, with 129.7 points, he delivered excellent marks for all 3 gaits, ride ability, and temperament.

With his first foal crop in the Westfalen Region, Vitalis caused a stir. This is when I first saw him and noticed his marvelous foals. I remarked to someone at the time, “He is the type of stallion that consistently produces even better than himself,” and my words hold true today!

At the elite auction of autumn in Münster-Handorf, the four top horses were Vitalis offspring. The two most expensive offers were 200,000 euro each.

So many sons have been licensed so far, including Veneno, who was sold in 2014 for 310,000 euros. In 2015, his daughter, Victorias Secret, was Winner of the Bundeschampionats of four mares and Geldings. Two additional Vitalis children also reached the final and the daughter “Vienna” stood at the top of the Westphalian elite Mare show.

Vitalis has been a good competition horse and an exceptional Stallion. In his first year of breeding, Vitalis was one of the most sought-after stallions in Germany and has so far created excellent breeding results. I suspect we will see him back out in competition one of these days!

In 2015, two daughters of Vitalis were in the finals at the Bundeschampionats . The 4-year-old mare ridden by Beatrice Buchwald was Victoria’s Secret, the Champion, and Venecia was ranked fifth.

His sire, Vivaldi, internationally shown by Hans Peter Minderhoud, already has 19 licensed sons in Germany. Vivaldi himself was Reserve Champion of his stallion performance test with 9.0 for walk and canter and 8.5 in trot. He won the Five-Year-Old Division of In the Pavo Cup in Holland, won in 2008 three times in the “Hengstencompetitie” and won 2009 at the finals of the KWPN-tournament series for stallions. This is where he received 10.0 for his trot. In 2014, Vivaldi dominated with his offspring at the World Cup for the six-year-old dressage horses in Verden, where his children ranked First, Third and Sixth.

Vitalis’ mother, Tolivia, was the winning mare of Limburg / NL 3-year-old mare division. The dam’s sire, D-Day, was a premium stallion in Oldenburg and LK-I approved. He went successfully in dressage and was successful up to Prix St. Georges. The great-grandfather, Argus, was successful in dressage and jumping Grand Prix and the following fourth generation gray stallion, Aktion J, together with the Hungarian Gyula Dallos, was the most successful dressage horses of his generation. (And, a real favorite of mine!)

Vitalis is already ranked No. 16 on the German dressage index with an index of 157, based on only 2 foal crops! 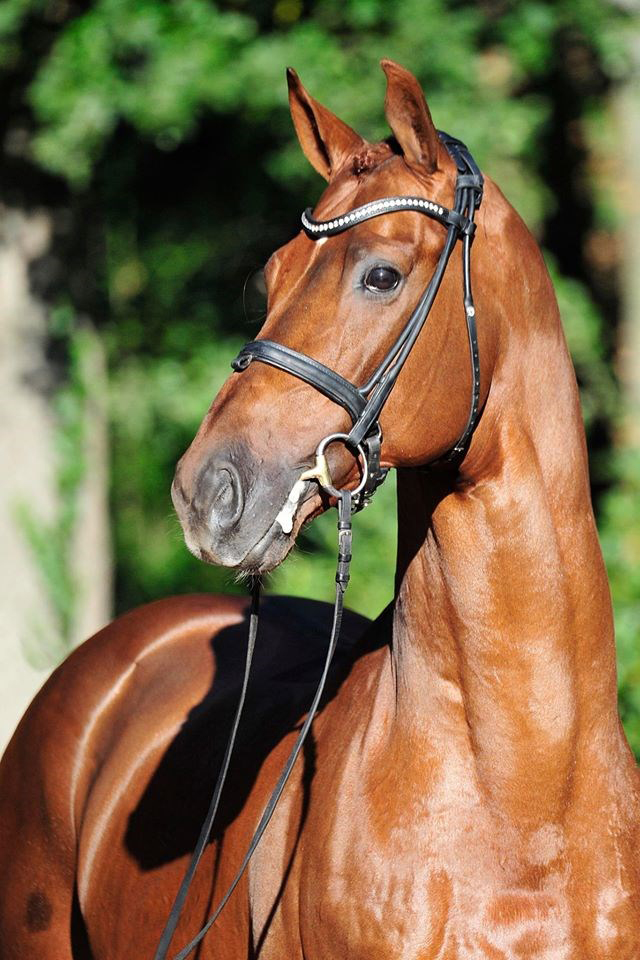 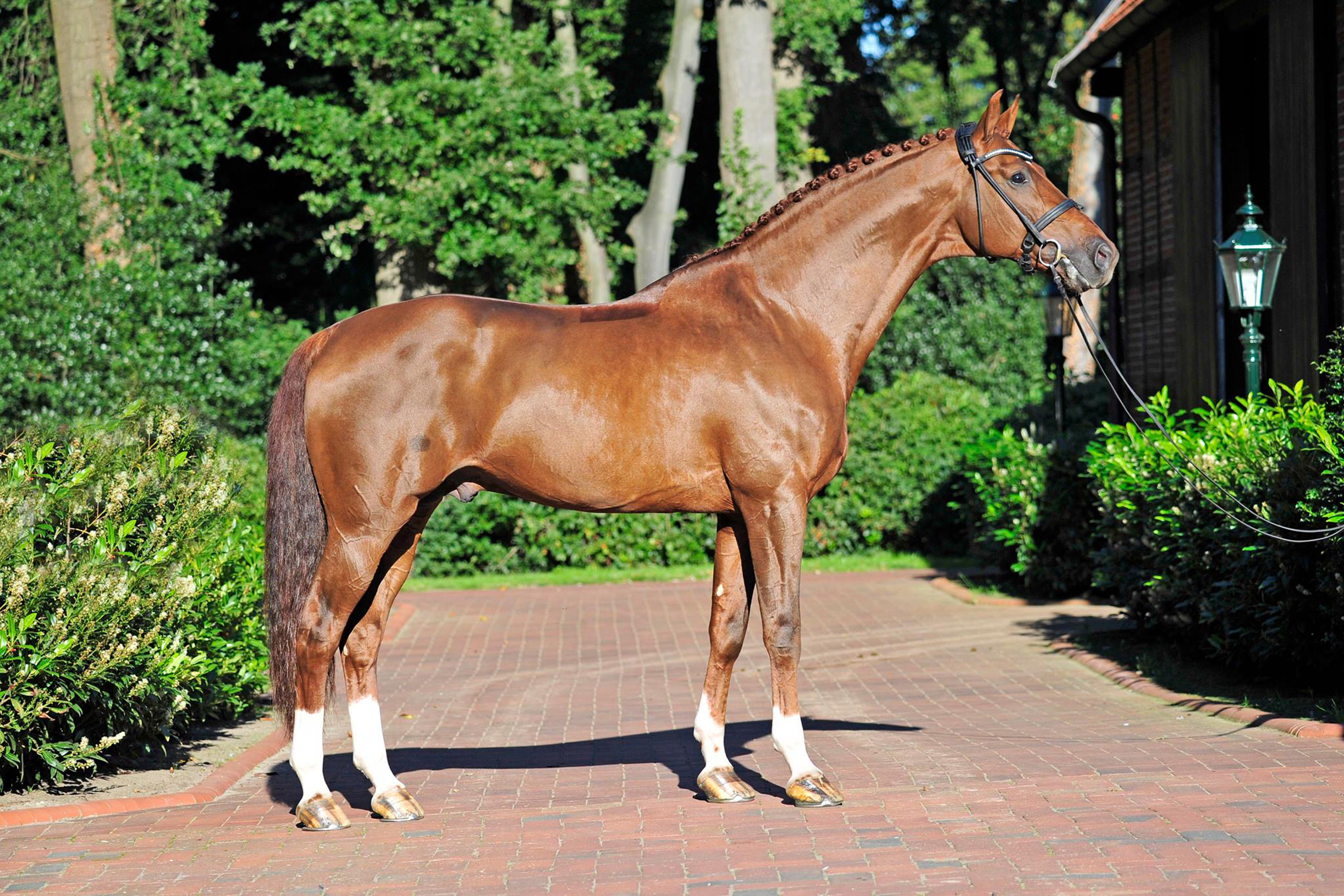 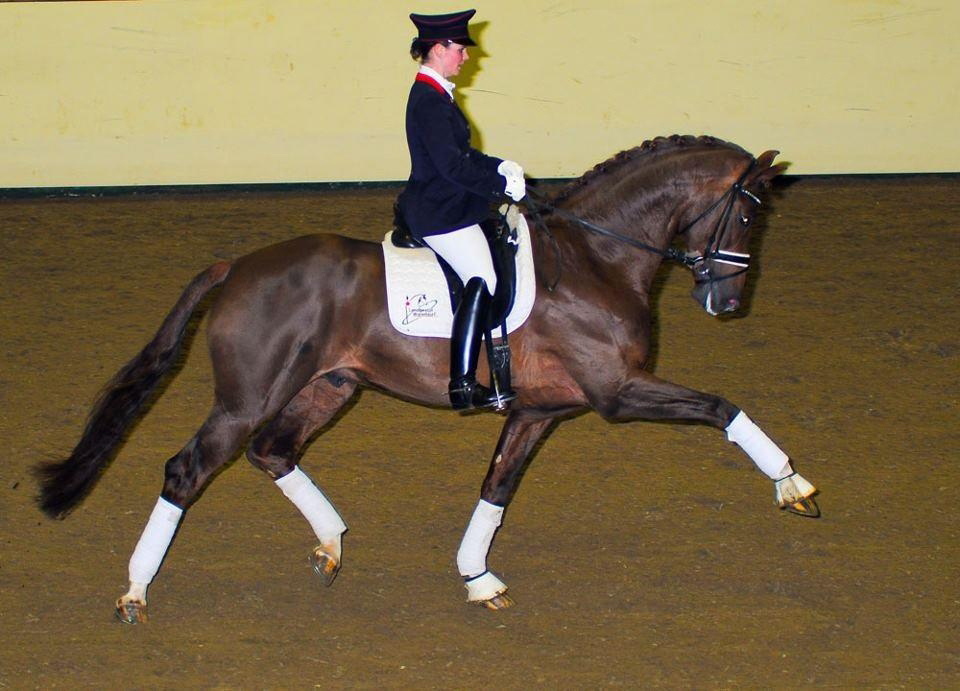 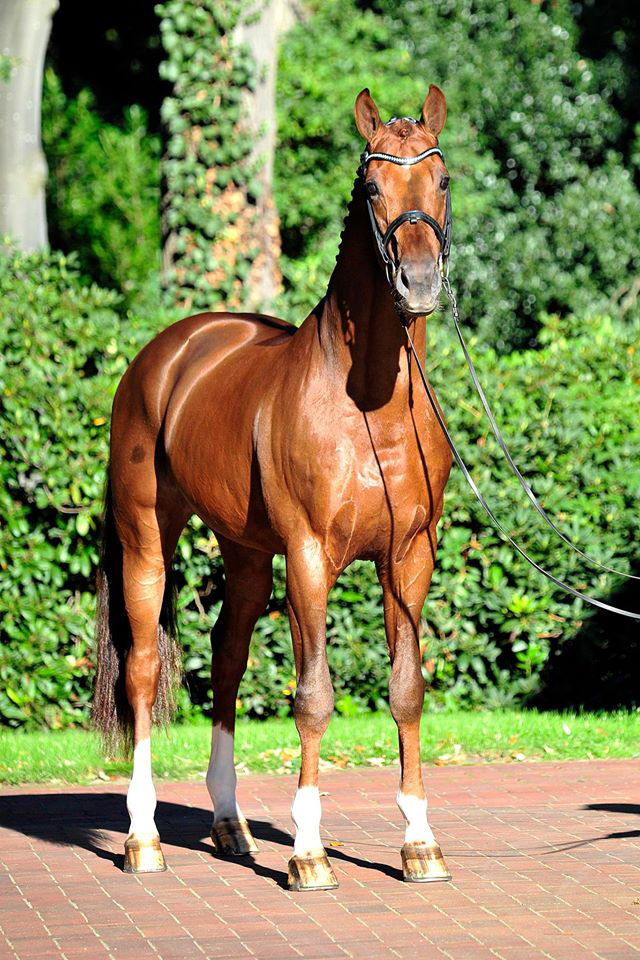 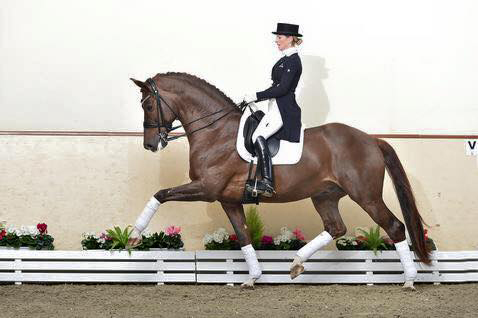 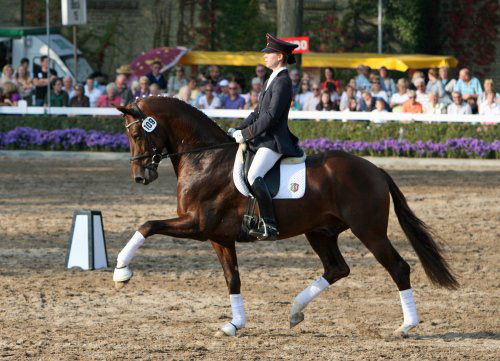