Thank you for a strong response to Serano Gold in 2017! He did not disappoint, with 85% first cycle conception rate with one dose! He is back for the 2018 season.

I first met Serano Gold as a young stallion, fresh off a win to qualify for the German Nationals Championships (Bundeschampionats.) He was in the Finals that year, as a 3 year old. He qualified 2 more times for the BCs, and then went to Edward Gal for training, where he was successful through Prix St. Georges, as well as in breeding with KWPN mares. Subsequently, he was sold into England and disappeared from the public eye — until NOW!

A sharp-eyed breeder kept his eye on Serano Gold all the time, and when the opportunity again arose, Serano Gold was purchased and relocated to a wonderful Stud Farm in Austria, where two of his excellent sons live! Both are stallions – Solitaire Gold and Silenzio Gold. (see videos.) Still sound, happy, and super healthy, Serano Gold is working the Grand Prix under rider Marcus Notworthy, a qualified rider at the Spanish Riding School in Vienna.

Serano Gold is a captivating stallion, by his personality. He is warm and charming, with an aristocratic bearing. He is a very modern type of stallion – tall, leggy, smoothly coupled, and very handsome. His foal crops were very impressive right from the start. It is obvious how he stamps them – with his legginess, smooth topline, elegant necks, pretty face with big eyes, and expansive, free movement. ALL of his foals from his first two foal crops were awarded Premium Status by the German Oldenburg Verband, earning him the nickname “the foal maker.” In 2008, and again in 2009, he produced the winning foal in all of Austria.

To this day, I believe his positive note for the American Warmblood breeding market is the absolute trainability/rideability of his offspring. He is such a strong stamper and gives a consistent “product” in very user friendly, beautiful, and easy to ride and train partners. This is a jewel of a sire for the American dressage market, and I would not discount him as a hunter sire.

To date, according to the FN, he has 127 offspring in Germany that are active in sport. Of these, 45 were placed during 2016. 95 offspring are currently listed in the Dutch KWPN as active within sport; 24 mares have won national awards, and 23 elite offspring have been successfully placed in the sport in 2016. Again, the beautiful foals grew up to be excellent riding horses, with trainers and riders remarking how clear in the mind and trainable they are (I call it “user friendly!”)

Serano Gold was vice champion of 3 year old stallions in Rastede in 2004, where he also was placed in the final of the Bundeschampionat. He scored highly in his 30 day performance test, scoring the highest mark for rideability with an outstanding mark of 9.75. He scored an impressive 10 for both the temperament and trainability and high marks for his paces. From the outset he was set to impress.

He has sired several approved breeding stallions, including the 2010 BWBS reserve champion Serano and also Sforzando. Cashmir was approved with the Swedish warm blood society.

His son, Cashmir, out of a Michelangelo dam, was the Shearwater International Young Dressage Horse Champion in 2012 and also qualified for the PAVO World Cup. Silent Wish qualified for the Landeschampionat in Rastede. Smilla P was the vice Landeschampioness 2011. His son Solitare was champion of Austria for 4yo riding horses in Stedl Paura. His daughter Cabana Girl was placed 2nd in the Belgian WCYH Trials 2012 CDN Zandhoven with a score of 80.40%.

Serano Gold derives from one of Oldenburg’s most successful dam lines. His dam St Pr Eskoria has 5 licensed sons. Deus and Diamond Gold by De Niro. The Ex Libris son Exupery (Bundeschampion 1997 and grand prix winner). Serano Gold and his full brother Sungold (now in Korea) both by Sandro Hit. From this dam line there are 17 licensed stallions including Furst Romancier, Rosengold and Diamo Gold. There are several grand prix horses including Avignon, Artos and 2 Olympians including Petite Prince who competed at the 1992 Olympics in Seoul with Ellen Bontje. The stallion Best Of Gold who was the Oldenburg 2013 Spring Champion also derives from the direct dam line of Serano Gold.

Serano Gold’s sire, Sandro Hit, is one of the most popular proven sires of recent times who has made a huge mark on the modern breeding of dressage horses. He was the 1999 Bundeschampionat of 6 yo horses and world champion of young horses in Arnheim/NED. He has over 100 licensed sons including Stedinger, Sir Donnerhall and Sorento (the stud has Sorento’s direct half sister as one of our broodmares). He has over 142 state premium mares and he has produced 11 Bundeschampions. He has sport horses competing up to grand prix level including Sancisco. Sandro Hit has become a dominant breeding stallion of lasting importance.

Excellent quality semen has been collected and prepared at world renowned University of Vienna in Austria. 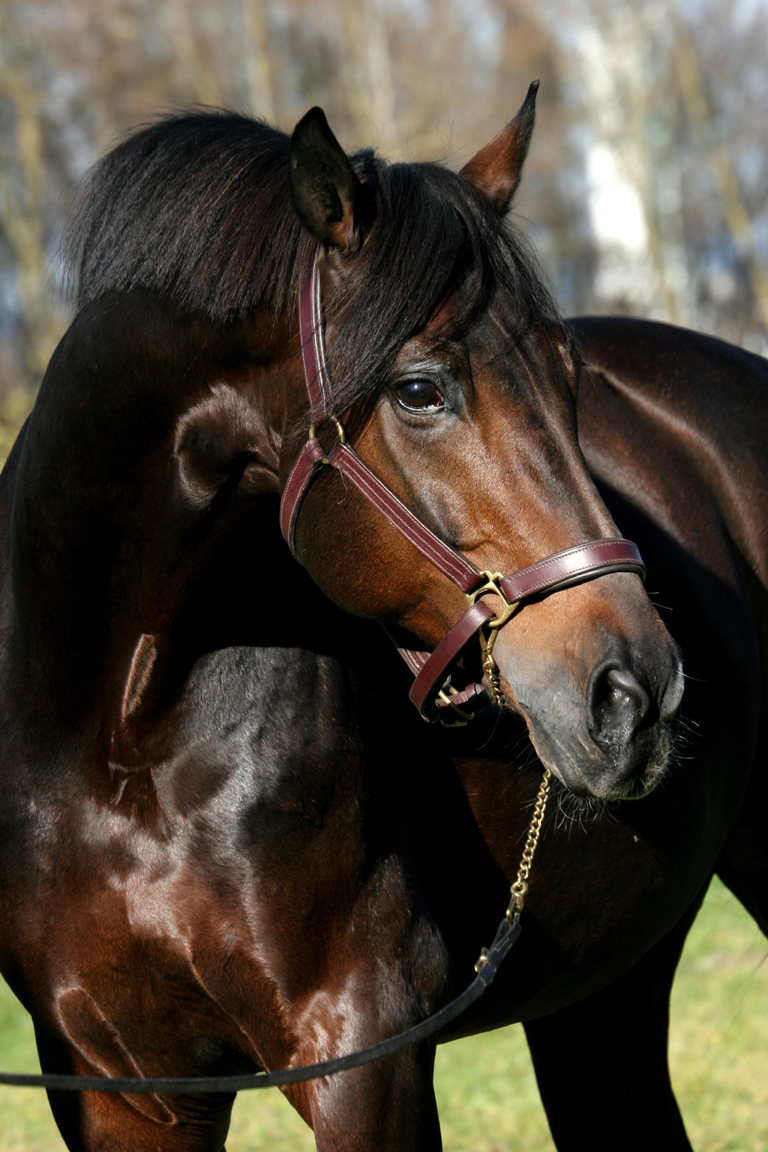 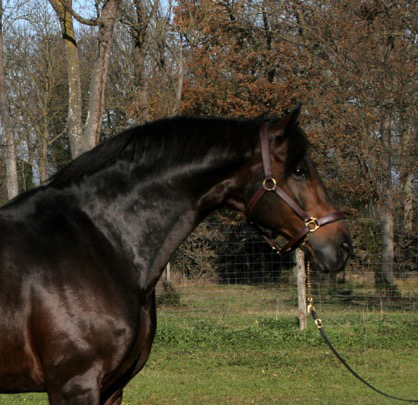 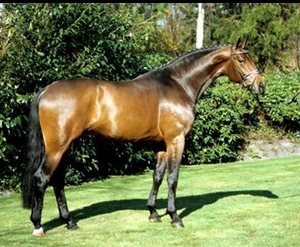 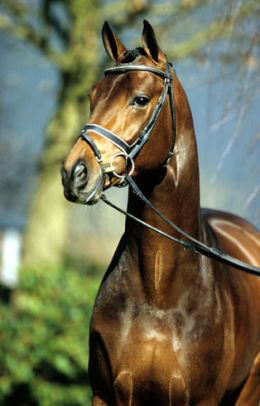 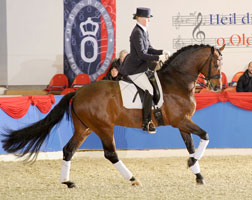 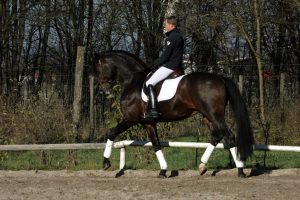