Tested N/N (not a carrier) of the WFFS genetic mutation, 2018

In 2016, Helium finished his 14-day performance test in Schlickau as best stallion, with a final score of 8.58 points, an overall dressage score of 8.24 points, 8.50 points for the jumping overall score. He won a dressage horse test.

In 2016, Helium finished his 14-day performance test in Schlickau as best stallion, with a final score of 8.58 points, an overall dressage score of 8.24 points, 8.50 points for the jumping overall score. He won a dressage horse test.

He is a lovely type in his conformation and presence. He moves with forward lightness and cadence, with an outstanding walk, nice free trot and easy canter.

His father, the second Vice Champion of the licensing in 2010, Millennium, was awarded the 1c premium of the Oldenburger Breeding Association in 2012. With a score of 8.66 points he was dressage champion of his 70-day stallion performance test in Neustadt/Dosse in 2013. Millennium is todays Trakehner stallion star: He provided ten licensed sons in his first year of foals alone. Trakehner champion stallion Sir Sansibar, as well as Oldenburger champion stallion Moricone, are among his sons. In 2015, three sons were licensed in Neumünster, two of them awarded premium and all of them sold for an average of 200,000 Euros. Two of his sons were licensed in Verden, one both in Munich and Neumünster.

Millenniums father, Gribaldi’s son Easy Game, who is schooled up to Grand Prix lever, has a Trakehner breeding value of 136 (place 4) and 159 (place1) for trot. He provided premium stallion Honore du Soir and KWPN stallion Hermes. Millenniums mother is premium mare and SLP championesse Merle by Ravel – Consul. Together with Easy Game she provided two exceptional mares: state premium and premium mare Maxima as well as state premium and premium mare Mille Grazie, who was champion mare in Schleswig-Holstein and SLP championesse and who is now schooled at the Langehanenberg stable.

Heliums family on his mothers side is one of the pillars of Trakehner breeding in Denmark. From this family stem the stallions Henkel and Herkules, dressage champion Hertug and vice champion Herakles.

Helium is a stallion who can improve type and trot. 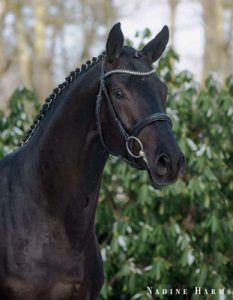 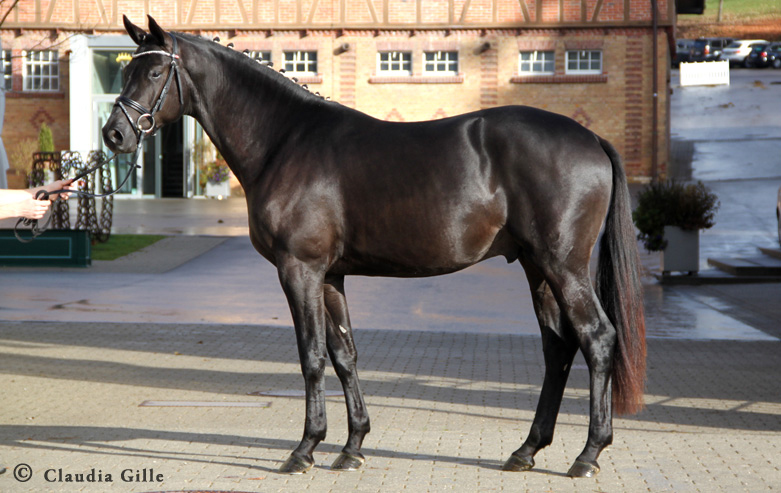 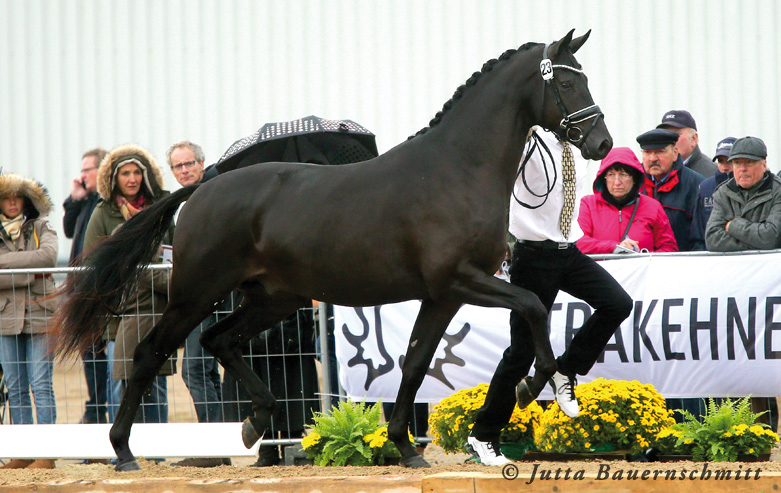 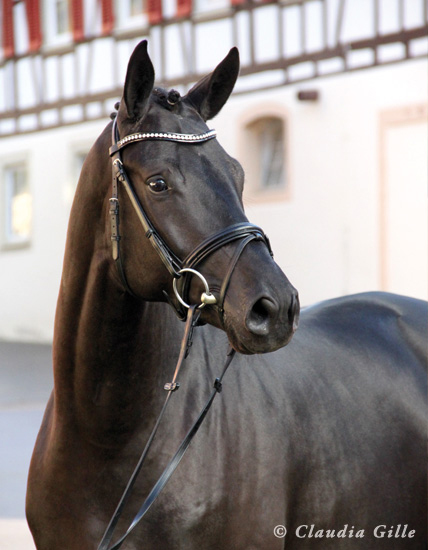 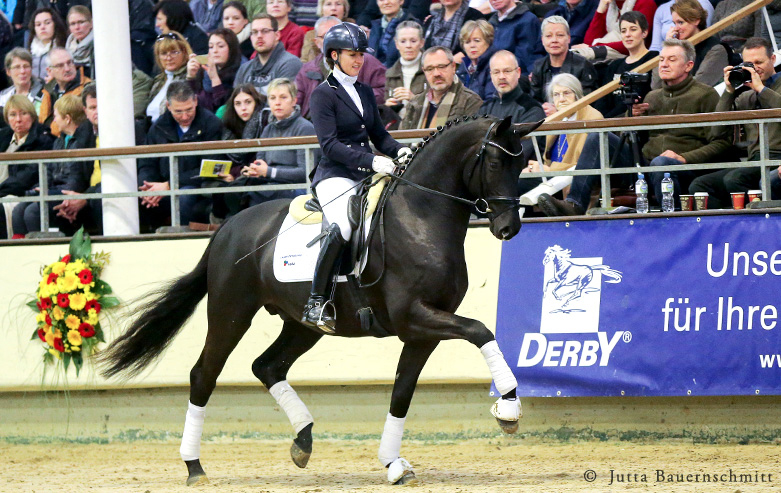