“Frankie Lee” is a very talented stallion who was approved in Mecklenburg-Vorpommern in 2019, he is now also approved by the Oldenburg and Westfalen studbook.

Frankie Lee! A dressage horse with a top attitude and great movements.

I am SO pleased to be able to source some exciting new talent from Netherlands! Look at this darling boy!

“Frankie Lee” is a very talented stallion who was approved in Mecklenburg-Vorpommern in 2019, he is now also approved by the Oldenburg and Westfalen studbook.

Last year, the son of Franziskus was already in the spotlight several times in young horse classes. He always received high marks for his excellent and very expressive trot. In June Frankie Lee won a class for three-year-old riding horses under Swedish rider Jessica-Lynn Thomas in Syke-Okel, Germany. He danced to an average of 8.7, including a 9 for the trot. Frankie Lee also received a 9 for the degree of training and a 9 for his beautiful exterior. There was also 8 for the walk and an 8.5 for the canter.

Frankie Lee was also successful in the Netherlands. At the young horse show in Haaksbergen, he was not only the best three-year-old, but also overall champion. With our Danish rider Emma Amtrup he received 88 points. The judges gave him the ultimate 10 for the trot.

Frankie Lee is descended from the Grand Prix stallion Franziskus. Franziskus is included in the German Olympiad with his regular rider Ingrid Klimke. The pair won the Grand Prix at the CDI4 * in Dortmund this year with over 75%. In the freestyle to music, Klimke and Franziskus already have a score of more than 80% to their name. Franziskus now has 21 approved sons.

The Hanoverian Hauptstutbuch mare Sympathie is the dam of Frankie Lee. She is by the stallion Spörcken who descends from top progenitor Sir Donnerhall I, out of a dam of the influential thoroughbred Lauries Crusador xx. Sympathy convincingly won the mare inspection in Wittingen. This year she also produced the stallion foal Full of Dreams by Fürstenball, which was the second most expensive to be sold at the auction of Schockemöhle and Helgstrand in June 2020. On the dam’s side, the line goes back to the thoroughbred mare Wise Girl xx. The approved stallions Samarant (v. Sandro Hit), Fidelity (v. Fiderdance), Dantander Hit (v. Dancier), Worcester (v. Weltmeyer) and Wild Life (v. Warkant) come from the mare line. The Grand Prix horse Special Agent (by Sandro Hit) also comes from Frankie Lee’s mare line.

We really enjoyed our young stallion Frankie Lee in his sports test in Münster-Handorf! His regular rider Emma Amtrup had already shown the son of Franziskus well in the first two presentations, and today Frankie Lee reached a high level under guest rider Sebastian Heinze. The elegant stallion scored well above 8 in all components, with even a 9 for overall impression. The average score was 8.74, which meant second place in the group of four-year-old dressage horses.

In his comments, Sebastian Heinze was very enthusiastic about the four-year-old Frankie Lee. About the trot and canter, he said: “He feels very superior! He has a valuable trot with a lot of schwung and also in the canter he has a very good attitude and gives a very good feeling.The stallion is very ‘rittig’!”

The jury of the sport test was also very enthusiastic about Frankie Lee’s performance. The stallion received an 8.8 for the trot.”A trot with a lot of technique, he has a lot of talent and a lot of activity.”

The canter was also rated with an 8.8: “Uphill and a lot of power.”

For the walk, Frankie Lee received an 8.4.”He was sometimes a bit distracted, but he has a lot of space and walks with an active hind leg.”

For rittigkeit, the judges gave an 8.8: “The action could be even more natural. “He has a lot of charm and is a real athlete. He is sharp, but recovers very well immediately.”

For the overall impression the stallion received a 9.0. That made an average of superb 8.74! 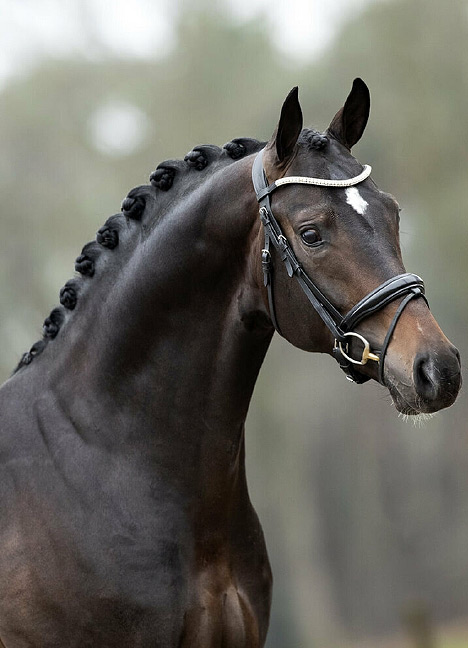 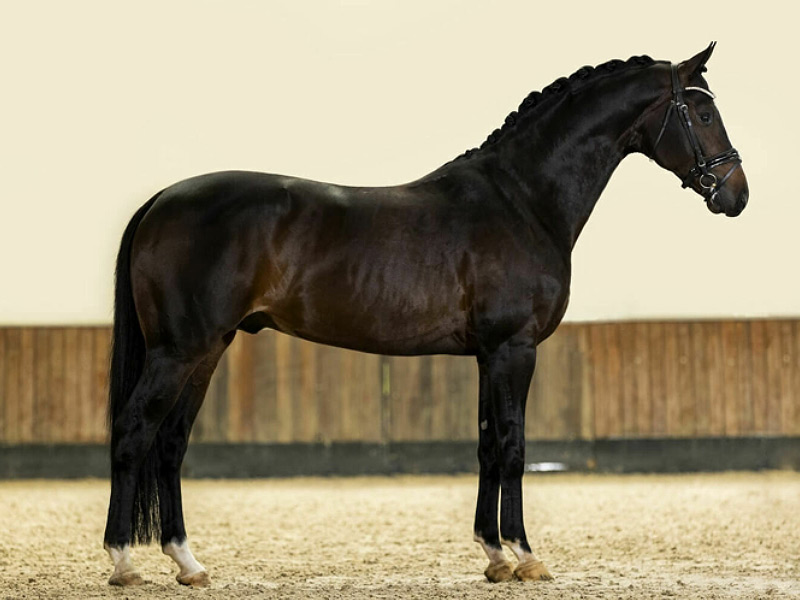 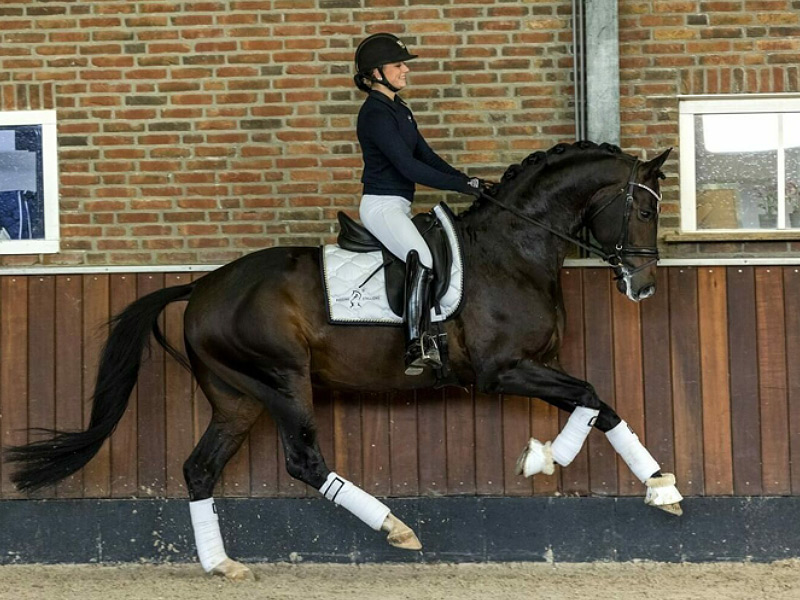 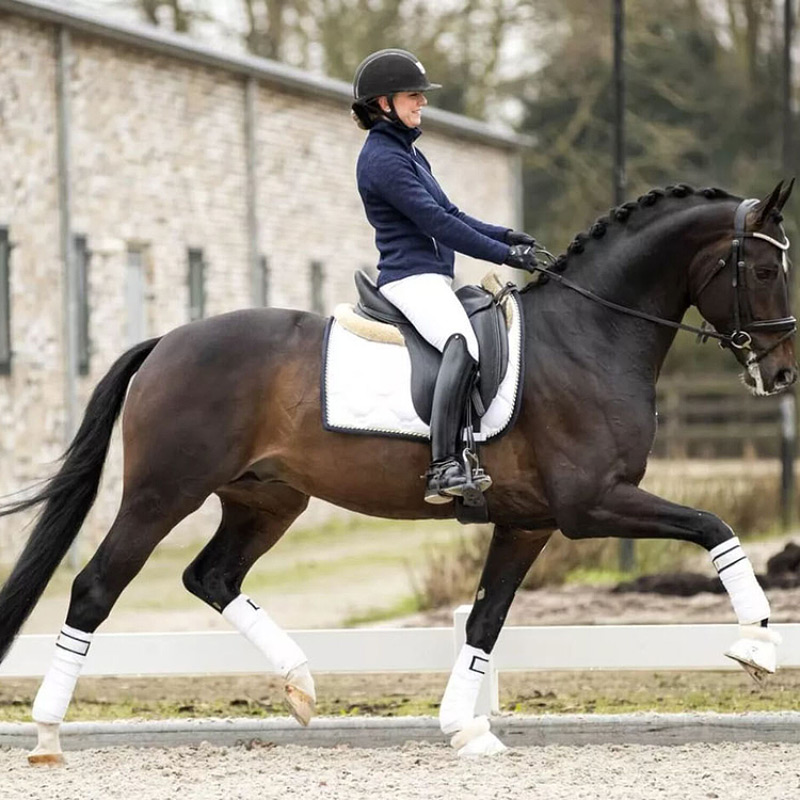