Fiancé descends from exquisite bloodlines with a clear focus on the international top sport. The first four generations are defined by Grand Prix-successful sires: His sire Foundation represented Germany under Matthias Alexander-Rath in Nations Cups and celebrated also numerous Grand Prix achievements, including the participation in the prestigious final round of the Louisdor Trophy. With 25 licensed sons as well as many sport successful offspring Foundation became one of the most powerful stallions in view of inheritance in recent breeding.

Well, FIANCE’……  strong pedigree for rideability and willingness to work! He is by the powerful sire, Foundation out of the Dutch mare Gwendolyn (Wynton – Ferro – DeNiro). Fiancé impresses with his positive attitude under saddle. Always eager and willing to work, he is very focused on his rider and keeps a good concentration on his work. His easy, uncomplicated , lovely character make Fiancé everyone’s favorite in the barn.

His first foal crop really impressed with his stamp of powerful elastic movements and open characters. Distinguished with an excellent mechanic of movements and driving power of the hindlegs, Fiancé’s foals are seen as promising dressage prospects for the future.

Fiancé descends from exquisite bloodlines with a clear focus on the international top sport. The first four generations are defined by Grand Prix-successful sires: His sire Foundation represented Germany under Matthias Alexander-Rath in Nations Cups and celebrated also numerous Grand Prix achievements, including the participation in the prestigious final round of the Louisdor Trophy. With 25 licensed sons as well as many sport successful offspring Foundation became one of the most powerful stallions in view of inheritance in recent breeding.

Wynton, another Grand Prix-star, can be found in second generation. Under Madeleine Witte-Vrees he placed, among others, in World Cup qualifiers and further international Grand Prix as well as Grand Prix Special classes. Wynton’s offspring, too, collect already ribbons for victories in Grand Prix classes at international sports venues.

Through sire-legend Ferro Olympic merits can be found in third generation of Fiancé’s noble pedigree. At the 2000’ Olympic Games in Sydney Ferro took silver under Coby van Baalen for the Dutch team, being a steady member of the team for years. In breeding, Ferro made himself immortal through top stallions such as Negro, Metall or Rousseau as well as sports heroes like European team champion Glock’s Undercover/E. Gal (NED).

In fourth generation follows the German exceptional sire De Niro. Grand prix winnings on his sports record and heredity power of superlatives on his breeding record characterize this genius. Due to the time-proven Romancier and the two Thoroughbreds Troublemaker xx and Courville xx the breeding couldn’t hardly be better as it is as modern dressage pedigree.

On the dam’s side Fiancé’s line of ancestors is brilliant, too. The dam, Gwendolyn, celebrated sport successes in dressage up to medium (M**) level and is currently on the way to advanced level classes under Fiancé’s breeder Mariette van’t Hoff in the Netherlands.

The granddam Vienna produced the well-known KWPN champion stallion Le Formidable as well as the licensed Four Legends/Marieke van der Putten (NED), who placed fourth and sixth in the WC finals of young dressage horses in Ermelo in 2016 and in Verden in 2015.

Great granddam of Fiancé is Elite mare Annabel. She is no less than the dam of the successful sire Bretton Woods, who took the bronze medal at the 2011’WC of young dressage horses and is, meanwhile, internationally victorious up to Inter I-classes under Matthias Alexander Rath. Another son of Annabel is the licensed, internationally Grand Prix successful stallion President’s Chagall D&R/Patrick van der Meer (NED).

It is easy to see how “Blood will tell” in such a powerful pedigree. This is a type that I personally prefer for the vast majority of dressage riders in the U.S.; highlighting, first and foremost, “Willingness to Work”, clear minds, strong bones and joints and lovely character! With big, loose walk, strong and rhythmical trot mechanics…..looks such a pleasure to ride! 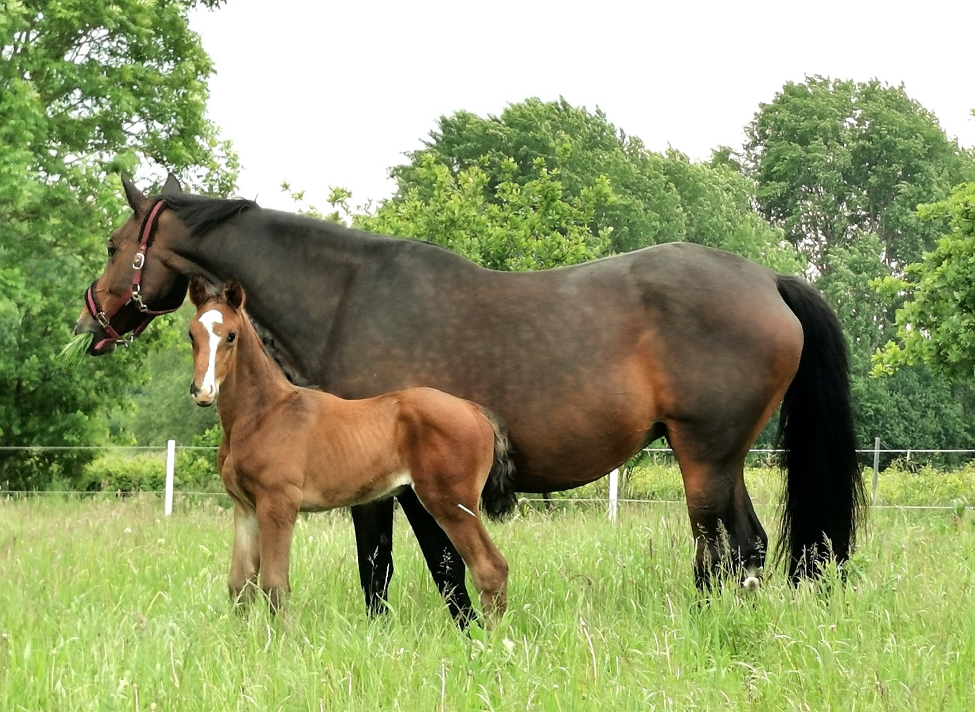 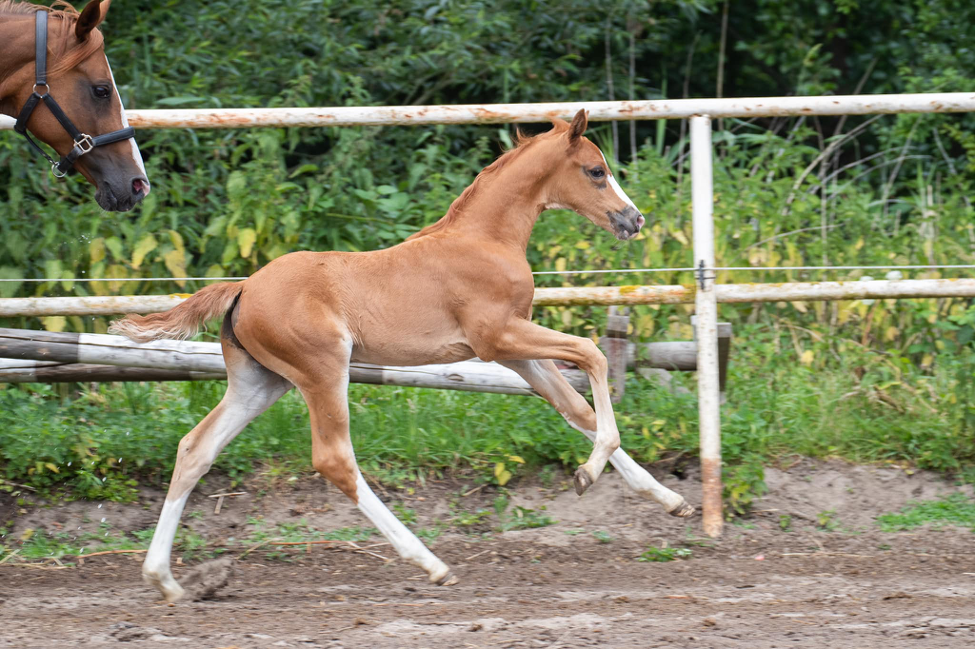 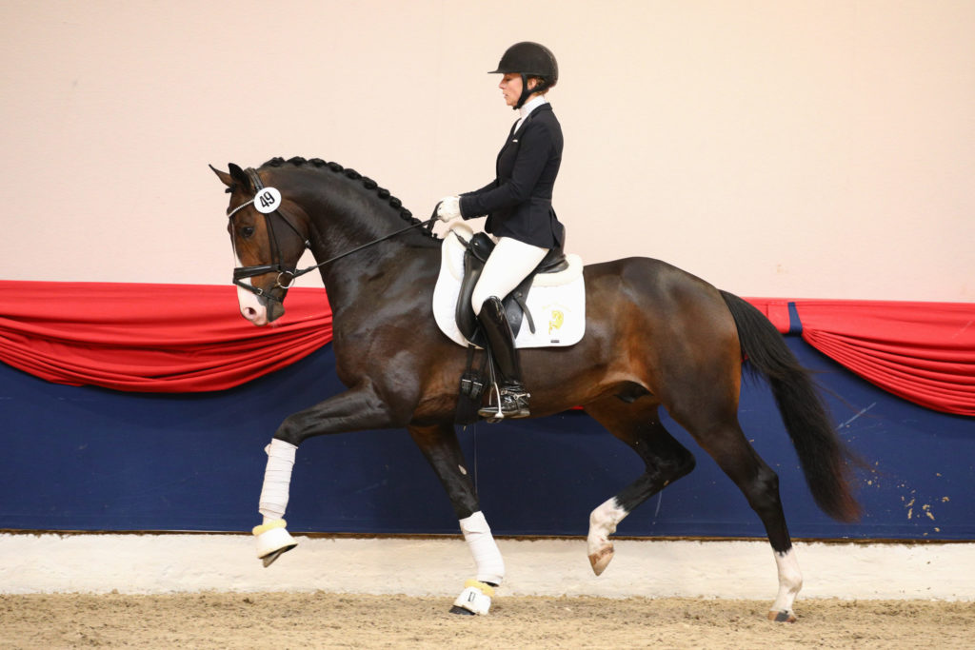 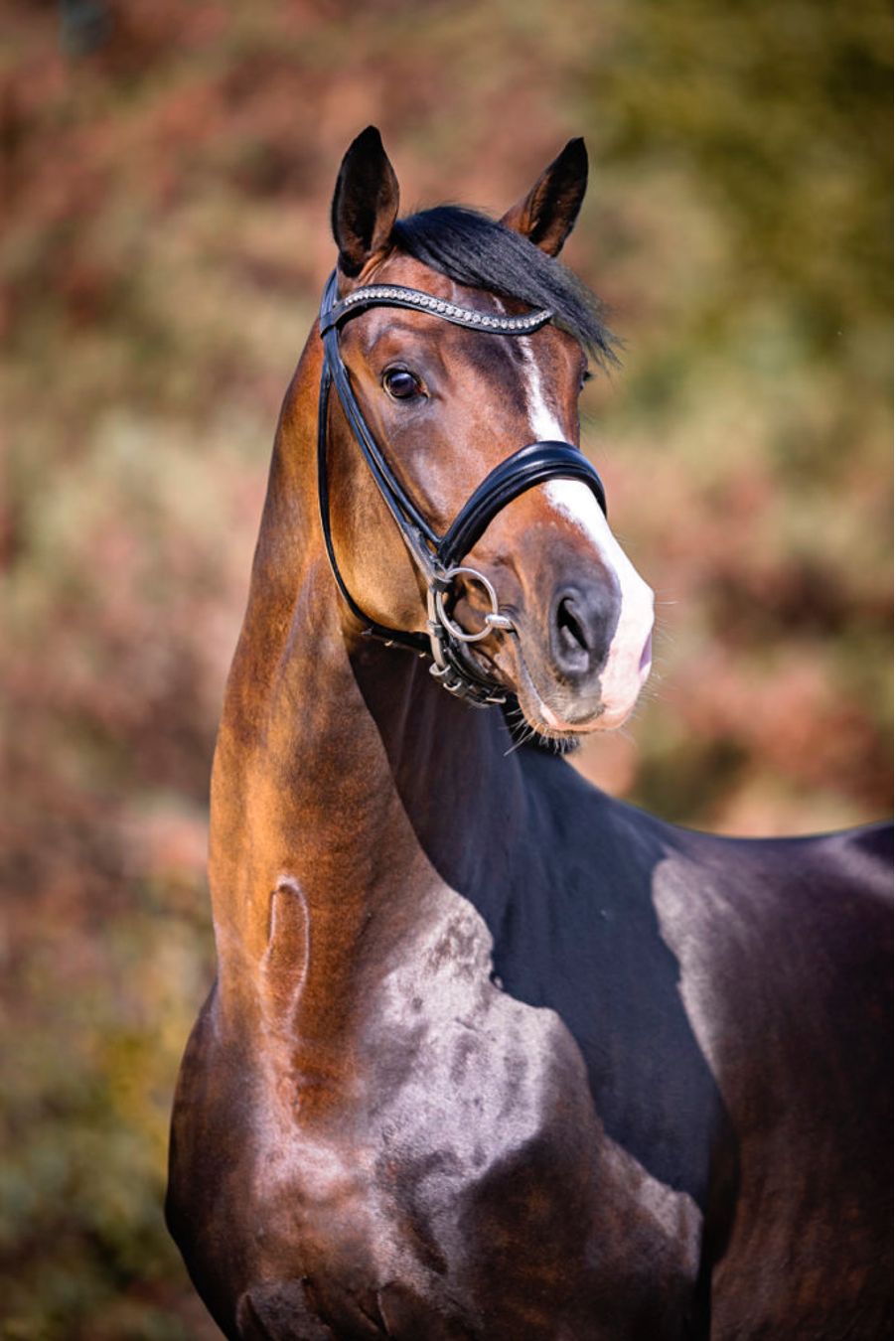 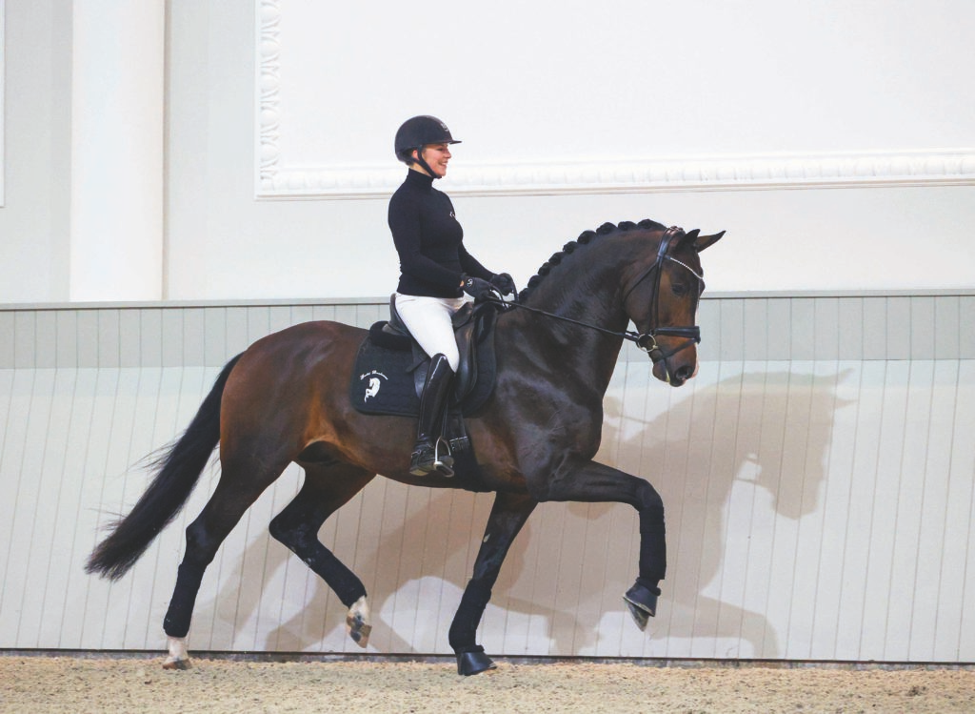