WFFS Negative. This well bred young stallion continues to impress with the outstanding fertility of his frozen semen.

In his first competition season, Bon Courage showed consistent quality. After winning his first-ever riding horse test, he qualified for the final of the Hanoverian Championship in Verden. He then received the nomination for the Bundeschampionat in Warendorf.

He and his rider – Jessica Lynn-Thomas. Did a super job. As winners of the final qualification, they received grades of 9.0 and better. The couple was able to improve again on the Sunday finale. As in the preliminary test, the stallion’s rideability and training were rated 9.5. The gallop and walk were each awarded 9.0, the trot even 9.5. The pair won the silver medal of the three-year-old stallions in 2019 with 9.3.

Bon Courage thus confirms the high expectations that he had raised at the licensing in Verden. As one of the darlings of the public, he was featured there as a premium stallion and described as “an exceptional guy, a beaming man with a lot of harmony in the body. Its quality of movement leaves nothing to be desired.

Of modern type, with a pedigree made for dressage and three exceptional basic gaits. These qualities are no coincidence and are based on the best dressage genes: Father Bon Coeur was the winner in the 30-day test in Schlieckau, with a final score of 9.1 and a remarkable breeding value of 150 index points. After multiple victories in riding horse competitions, the title of Hanoverian champion followed, twice he became vice-champion in Warendorf and immediately
produced 15 licensed stallions from his first year.

Dam’s sire, Vivaldi, enchanted the masses across Europe and provided, among other things, 2018 the top price of the Verden stallion market. Vivaldi himself captivates with charm and incredible mechanics, which has been awarded several times with the grade 10.0. He was reserve winner of his HLP and won the Pavo Cup of five-year-old dressage horses under Hans Peter Minderhoud / NED in 2007. Vivaldi is promoted to the advanced class and has over 25 licensed sons in Germany alone. 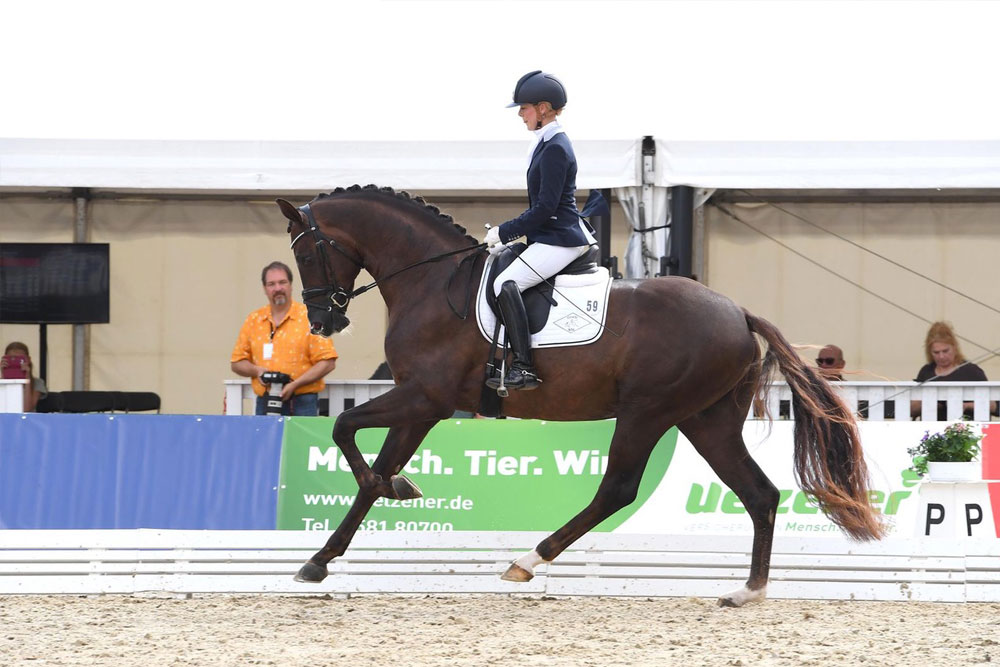 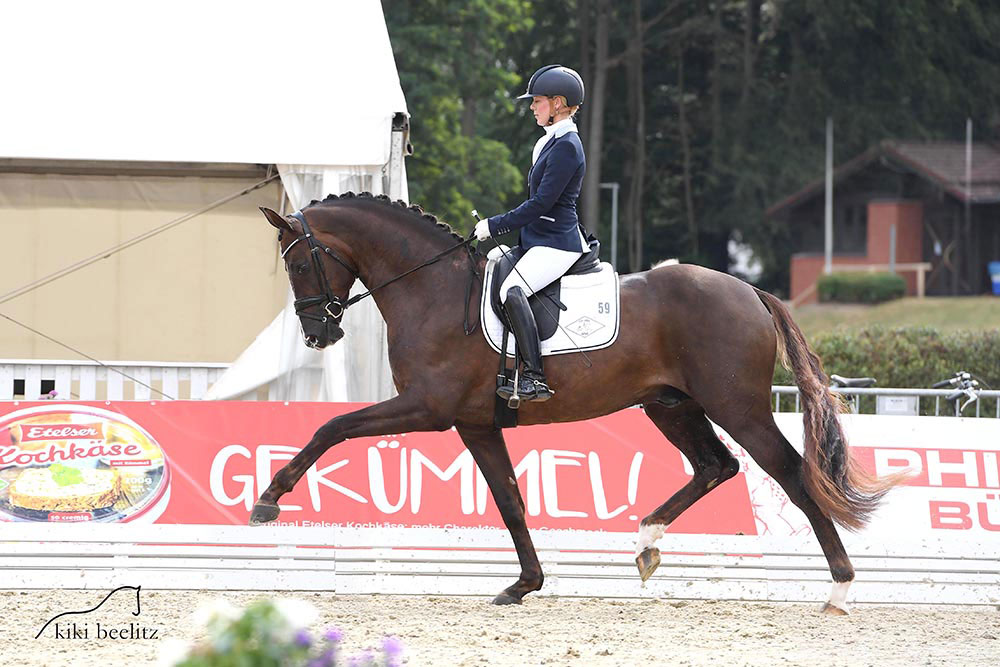 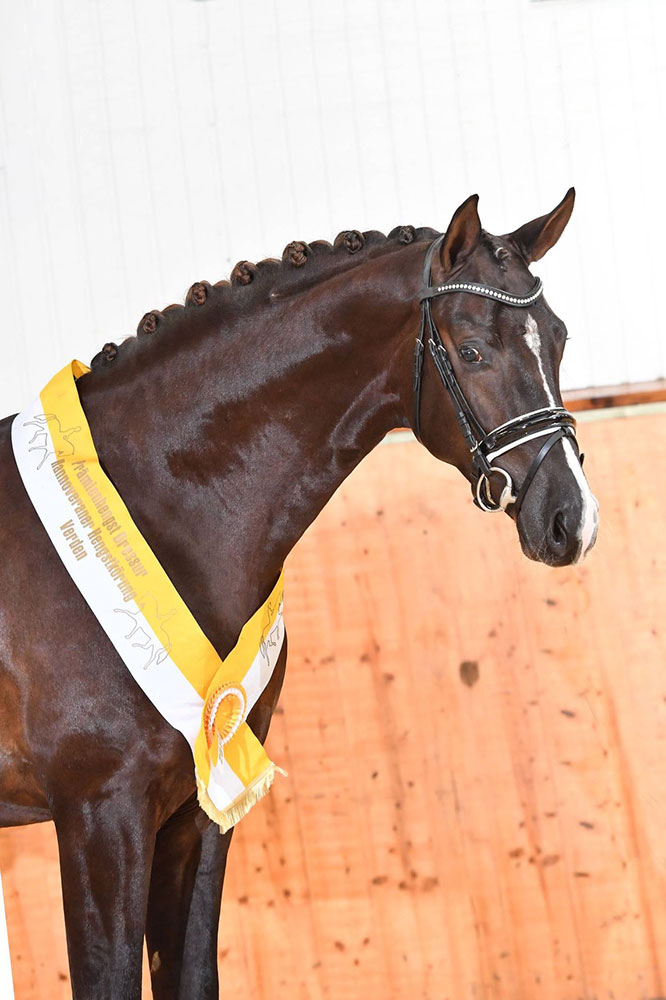