In Stock. We are looking forward to seeing foals from Vaderland next season, bringing his powerful stamping type. Last 2 doses available
FFS (N/N) –

The powerful, brown son of Vitalis already delighted the audience in Münster Handorf with his impressive appearance on the lunge and caused a stir on the occasion of his free run. Striking basic gaits, energetic activity of hind leg and a captivating canter characterize the robust young stallion. An atypical representative of his sire Vitalis at first sight, a visible representative of his
proven, high-performance genetics from previous generations with emphasis on jumping. Vaderland stands on a solid foundation with a strong back and 4 good, clean legs….. these are characteristics that have become rare,and that suit a dressage horse in a demanding sport. Contango and Ahorn can be found visually in this young stallion.

Vaderland completed the 14-day test in Adelheidsdorf in spring 2019 with an excellent dressage score of 8.74 and the second best dressage result. He received 8.0 for walk and trot, the outstanding canter was rated 9.5 and tops with 9.75 for rideability alone. Character, temperament and willingness to perform were rated 9.25.

Vaderland’s father Vitalis caused a sensation in breeding in Westphalia. With his high-priced offspring, he dominated the auction site in Münster Handorf, produced numerous elite mares and so far more than 20 licensed sons. In 2016 his daughter Victoria’s Secret became world champion of five-year-old dressage horses and he himself celebrated his sporty comeback under the saddle of Isabel Freese, which he decided as the outstanding winner of the Nuremberg Castle Cup. From his first foal crop in Westphalia, the FN yearbook 2018 already lists 10 S-successful offspring.

The grandfather Krack C, who is quite high in the blood, was two-time winner of the PAVO Cup and was part of the Dutch team at the World Championships in Jerez in 2002 under Anky van Grunsven. The stunningly beautifully modeled stallion has, in addition to his outstanding personal performance, significant breeding influence in KWPN breeding and is considered a valuable multiplier on the mother’s side. The frequent combination of Krack C and Jazz has shaped today’s dressage horse breeding in the Netherlands. The most prominent representative of this genetics is Vivaldi from Krack C x Jazz, father of Vitalis. Vaderland leads the blood-influenced grandfather Krack C through his father Vitalis again in third place in the pedigree and owes him his genetically valuable whole blood content of over 42 percent. 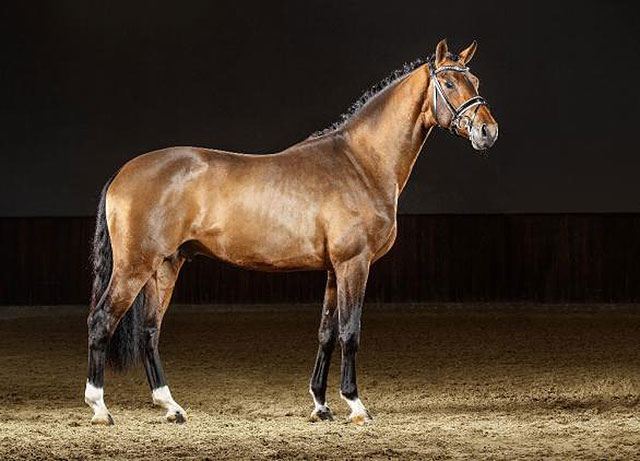 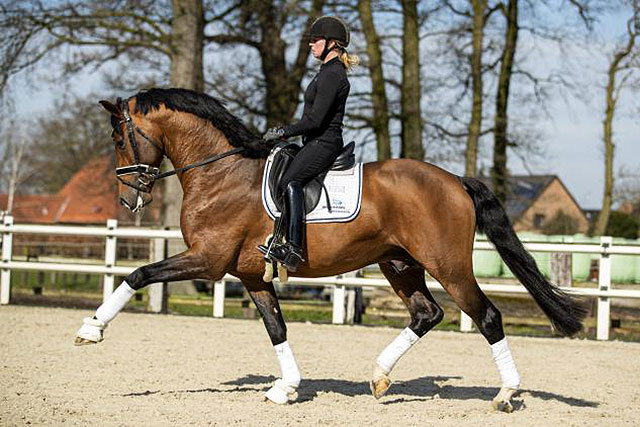 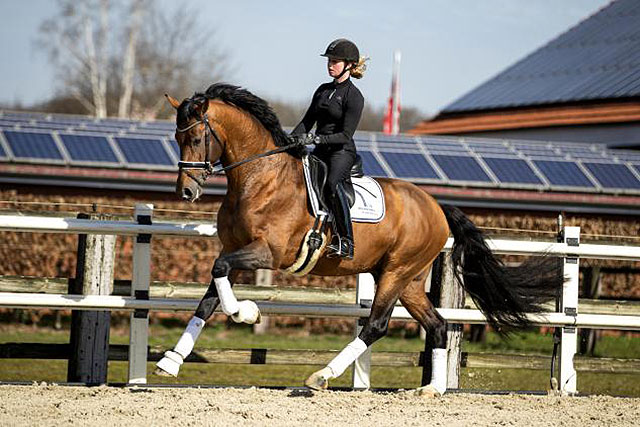 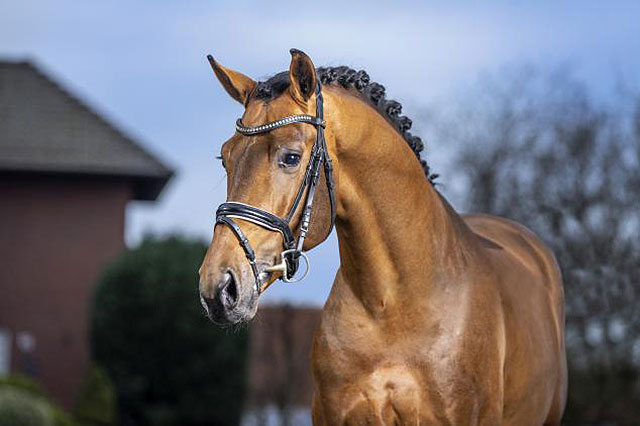 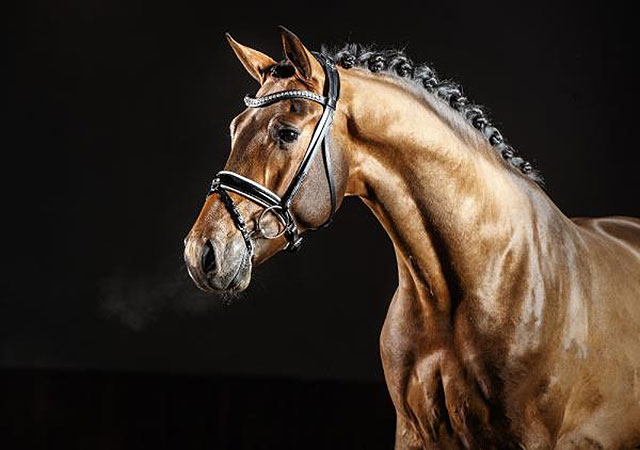 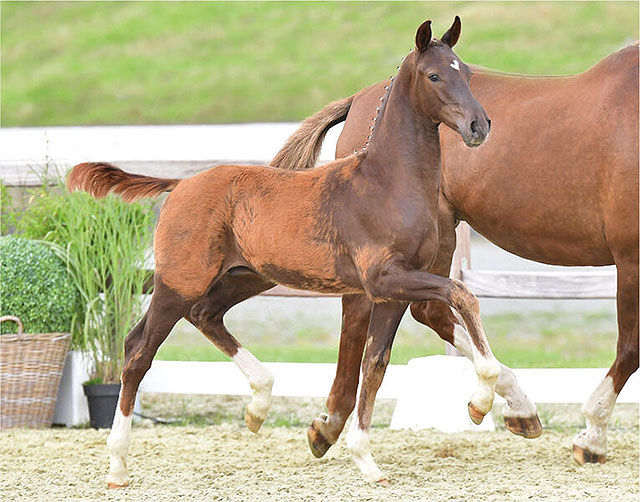