Many years ago I was the first person to introduce LIVELLO to breeders in North America. We were quite successful with him and I have a few doses still here!

The striking grey stallion, Livello, rose to meteoric fame on the international show jumping circuit in 2009. He won the Falsterbo nations cup as well as the grand prix held at the indoor horse show in Kiel. The greatest achievement during his career was a much noticed 4th place at the Windsor European show jumping championships under his Irish rider Cameron Hanley.

Yancey Farms was the only person to bring the semen of this interesting young stallion into the US at the time. He has since gone on to be a solid competition stallion as well as sire, now belonging to the Holsteiner Verband and not offered via frozen semen. To my knowledge, these are the last available doses of Livello.

At the beginning of his career he was successfully shown in young jumper classes. His sire Limbus also qualified for the Warendorf Bundeschampionat and finished 3rd at the Rostock Grand Prix already at the age of eight. Unfortunately, an injury put an end to his competition career. As a breeding stallion he has produced six licensed sons in the Holsteiner breeding programme. One of them, reserve champion stallion Lejano, was the top selling lot of the 2006 Neumünster auction and sold to France at 250.000 euros. Several show jumping offspring in competition confirm Limbus’ genetic quality.

Livello’s 2nd dam, Biserta, is also dam to Classic, a successful sport horse shown by Werner Peters, and to the licensed stallions Calvados I and Calvados II.

Livello was licensed for breeding at Neumünster in 2001 and was then leased by Radegast state stud. He competed at the Warendorf Bundeschampionat at 6-year-old, was then purchased by Sevil Sabanci and has since been produced to international level. Since summer 2012, Livello has been successfully shown at international level by Sweden’s Angelica Augustsson.

Numerous offspring from the time he was used as a breeding stallion in Saxony are already successfully shown in jumping competitions at S level. It is a most remarkable fact that 50 % of his sport horse offspring boast show jumping results at S level.

The impressive grey stallion can look back on a colorful career as he has competed under the Irish, Turkish, and Swedish flag at big, international horse shows. His doubtless greatest successes were under the saddle of Ireland’s Cameron Hanley. In 2009, the combination won the Falsterbo Nations Cup in Sweden with the Irish team, they placed 4th at the Windsor Europeans and completed the season by winning the Grand Prix in Kiel. Livello is a modern representative of the Holsteiner breed’s proven L blood. He has a strikingly typey and expressive head with big eyes showing the Arabian influence. His neck is long and well-set. The back is relatively long but strong. The formation of his croup is also subject to the Arabian influence of his dam line. The stallion has long and correct legs.

Livello’s dam, Zocka, was bred by the so successful Uwe Bahlmann of Moorhusen. She was sold as a foal and became the foundation mare of a successful dam line at the stable of the Tolle family in Weitewelt/Seedorf. Zocka is one of the few daughters of Alme son Ahorn put to stud. Her dam Biserta, 2nd dam to Livello, also produced Classic, a successful sport horse shown by Werner Peters, and the licensed stallions Calvados I and Calvados II.

Numerous offspring from his time at stud in Saxony are already successfully shown in jumping competitions at S level. Most remarkably, many of his sport horse offspring boast show jumping results at S level. The most successful Livello offspring is Les Lennet (out of a Cascavelle dam), successfully shown at international S level by UIf Ebel. Another Livello offspring with results to S level is S.I.E.C. Lion King Z, currently shown in competition by David Will. At the 2016 Lanaken World 5-year-old Jumping Horse Championship, ESI Toulouse by Livello qualified for the final under Gerard O’Neill (IRL). The champion colt foal at the 2015 VTV/R+V Holsteiner foal championship was by Livello out of a Corrado I-Locato dam bred by Johann Peter Lass. 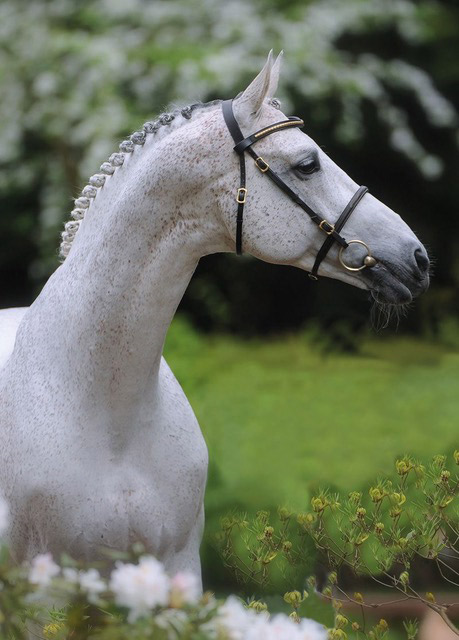 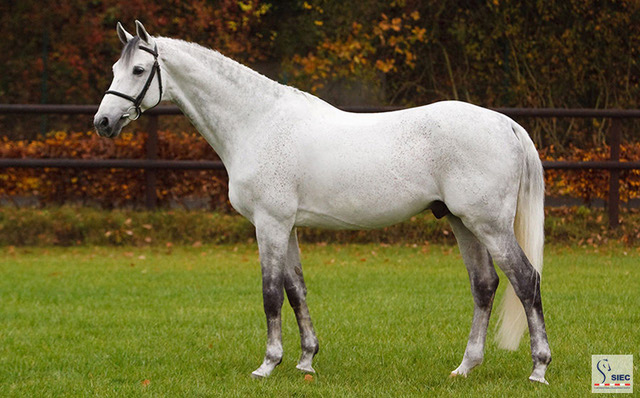 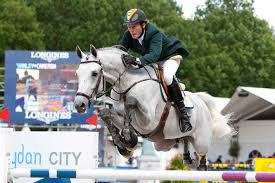 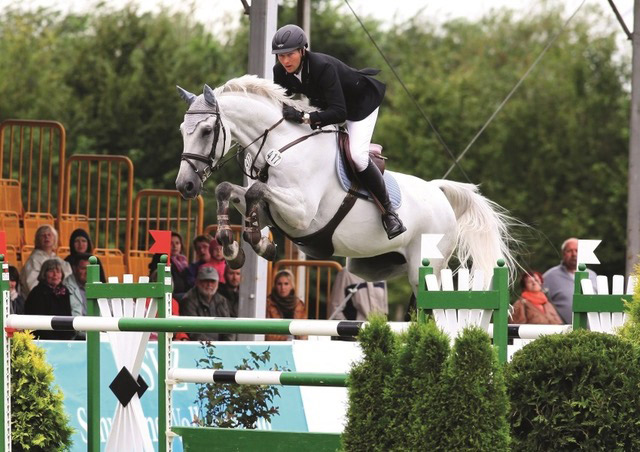 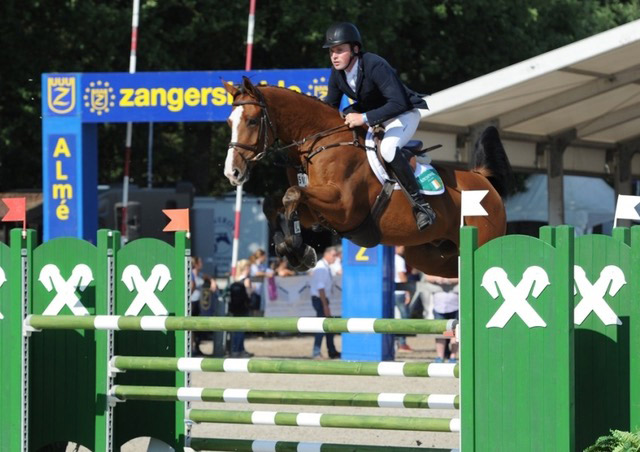 Many years ago I was the first person to introduce LIVELLO to breeders in North America. We were quite successful with him and I have a few doses still here! SO! From 8 years ago, here are the videos that I took: