A TRUE LEGEND IN SPORTHORSE BREEDING !! OK….. KWPN breeders! I have sourced the last of the Ferro frozen semen. I will begin to work on bringing it in and should be available by end of March. (two straws per insemination… well documented to have EXCELLENT fertility!.)

Ferro (also known as Olympic Ferro) is a foundation sire whose influence is still felt long after his death in 2005 aged 18; in the 2016 Sire Rankings, he is in 12th, ahead of numerous living sires. He was particularly valued for his exceptional temperament and outstanding use of the hindleg, with a brilliant attitude to his work that has been passed on to his offspring. He was not only a successful dressage stallion, but also scored well in the jumping sections his performance test, with comments that he showed a good technique over a fence and powerful gallop.

As a three-year-old, Ferro was champion of his performance test at Ermelo. Ferro won team silver at the 1998 World Equestrian Games (where he finished individual 6th), the 1999 European Championships and the 2000 Olympic Games under Copy van Baalen of the Netherlands. The pair’s greatest achievement came when they placed second in the World Cup Final in ‘s-Hertogenbosch scoring over 80% for their freestyle.

His sire, Ulft, is a son of keur stallion, Le Mexico, a typical jumper progenitor, with a high jumping index. Le Mexico’s sire Mexico is a full brother to the famous Furioso II, a much celebrated jumping sire in France. Their sire is Furioso xx, who was approved in numerous studbooks.

Ferro’s dam, Brenda, is a daughter of the Holsteiner, Farn, who was himself very high on the jumping index with 146 points. Farn’s son Nimmerdor, had such great impact on performance horse breeding that he was named Horse of the Century by the KWPN. The mare Brenda, was awarded all three mare titles on offer in the KWPN – ster, preferent and prestatie. The mare line goes back to the Hanoverian Prefekt, and one of the old Gelders foundation families.

Ferro’s offspring speak for themselves, and the quality of his frozen semen is excellent. Of more than 40 licensed sons, the best known are Metall, Negro, and Rousseau. His grand-sons and grand-daughters are currently at the very top of the sport across the globe; Valegro (by Negro) and Uthopia (by Metall) were part of the London 2012 Olympic gold-medall-winning team, with Valegro’s success in sport being unparelled. Three-time world record holder, and multi-medal winner who has not been beaten at a championship since 2011, Valegro retired in 2016 as the undisputed king of the dressage arena and darling of the public. Uthopia is a widely successful stallion in his own right, and is one of six licensed sons fromm Metall, who also sired Special D. Rousseau has a number of licensed sons, among them Ampère and Blue Hors Zack, both outstanding stallions whose offspring are making waves in both breeding and sport.

Ferro’s early KWPN offspring reports were very good; “his foals showed well developed long-lined riding type foals with alert expressions, and a long and well shaped neck. The good poll length was clearly noticeable. A sufficiently developed wither that extends long into the back with a long and well placed shoulder. Sometimes there are some foals with a long back, but always well muscled. The loin are also well muscled.  A long croup, strongly muscled and well formed. The foreleg is built strong with a well developed knee. The hind legs have a strong angle and sometimes a low placed hock.

$600 PER straw, no terms. Recommended two straws per insemination 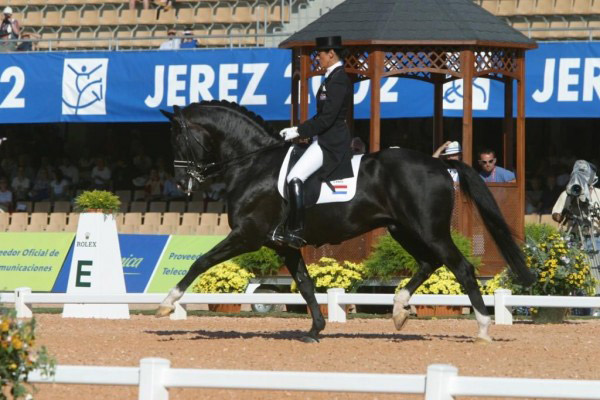 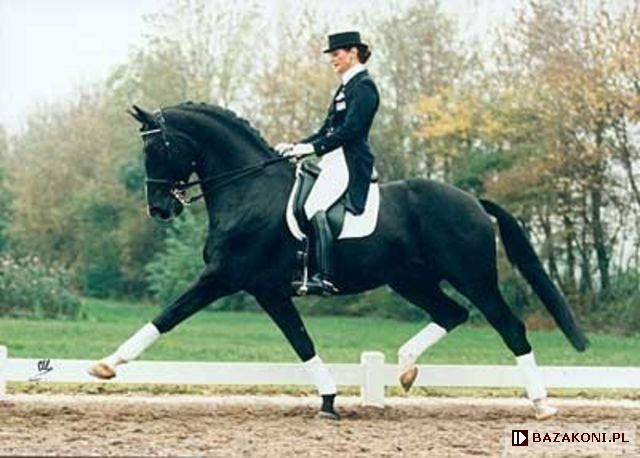 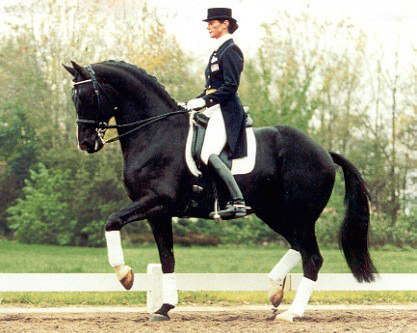