Being offered for the first time in North America, the young stallion De Niro Gold brings a great depth of pedigree and top performance blood in an elegant, yet substantial, package. He is most definitely a son of Oldenburg, with his solid foundation, great temperament and rideability and 3 good gaits.

The sire De Niro is currently regarded as the most successful, living dressage sire worldwide. In 2008, he was proclaimed “Hanoverian Stallion of the Year,” and boasts more than 76 licensed sons in Germany alone.

The dam Flourish is state premium mare and also “Elite Mare” in Oldenburg breeding. In 2014, she was dam of the highest priced foal at auction in Vechta who was the full brother of De Niro Gold named Dechamps. Her sire Florencio I was the 2003 Westphalian Champion and Vice Bundeschampion of four-year old stallions. In 2004, he won the Dutch Pavo Cup, followed by a record mark of 9.8 at the WC for five-year old dressage horses in Verden. A year later, the pair defended their title at the same venue and was then internationally successful in dressage.

In third generation follows Rubinstein I, who himself was Bundeschampion of German Dressage horses. In 1994 he was winner of the Nürnberg Burg Trophy among the best German young Grand Prix prospects in the Frankfurt Festhalle. Then he belonged continually to the leading group of German dressage horses under the saddle of different riders. As main premium champion stallion of 1990 he produced numerous licensed sons for nearly all German breeding areas.

Through the highly esteemed dressage horse-maker Shogun xx, found in fourth generation, the valuable refining blood comes into the pedigree that plays a decisive part in the noble appearance of his offspring. Approved for Oldenburg, Westphalia, Rhineland, Mecklenburg, as well as German Sport Horse Breeding association for German Horses after succeeding in the performance test 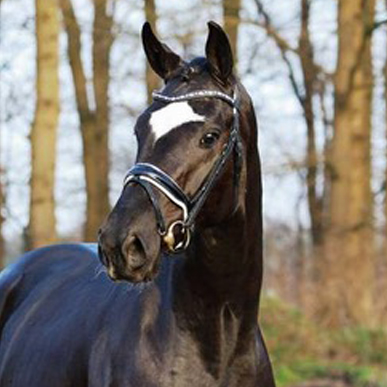 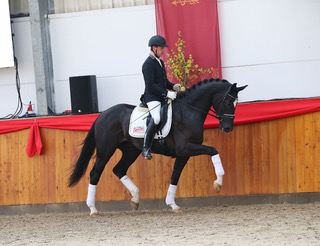 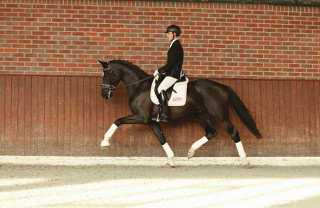