The Gestüt Sprehe stallion Bernay died at the age of nine. His competition career was as short as it was successful. He made his Intermediaire II debut at the local show in Vreschen-Bokel in July 2020, where they won and were second in two Inter 2 tests. This is the first time that BERNAY frozen semen has been offered since his death.

Bernay sadly passed away far too young. He was a young dressage prospect from one of the most significant dam lines in Rhineland with an impressive silhouette, harmoniously built in a noble look, with perfect basic gaits and, as expected, with first-class ride-ability values. He was a model gifted with a high level of balance that is eye-catching for spectators again and again. Corresponding to this high evaluation, in 2014, Bernay passed his 30-day test in Münster-Handorf with clearly above-average results. He completed his performance record by qualifying for the Bundeschampionat of five-year old dressage horses. From his first crop numerous foals were awarded a premium in several breeding areas where they were sold for top prices to well-known rearers abroad and in Germany. In 2016 and 2017 he dominated the elite foal championship in Mecklenburg and presented winners and highly placed offspring in all sections as well as the 2016’ foal champion of Austria. In 2017 his daughter won the Oldenburg Foal Championship in Southern Germany. Furthermore, three sons, which are from his first crop, were licensed in 2017.  I In 2017, two sons of his very first crop were approved. Another seven of his sons were approved, the champion stallion of the approval in Redefin Beau Noir (dam sire Salut le Bon) and a €360,000 price highlight in Münster/Handorf (dam sire Dream On) among them. Bernay’s blood will live on through his 14 licensed sons, including the 2018 Mecklenburger licensing champion Beau Noir, and six State Premium daughters.

The highly talented sire Boston, who is bred in the Netherlands, had only a short spell of breeding in Germany. Despite of this, he produced nine esteemed licensed sons. The dam Lady Leatherdale is full sister of the licensed stallion Lord Leatherdale, who placed with the best up to Inter II-competitions. The dam’s sire Lord Loxley was premium stallion, Bundeschampion and Vice World Champion of young dressage horses and presented several Olympic horses. The optimal son of grand prix star Lord Sinclair I operated as most successful young dressage horse, won in series up to St. Georges level and produced numerous top horses. With Ferragamo, Anmarsch and Situs truly characterizing classics of Westphalian performance breeding can be found in further generations. 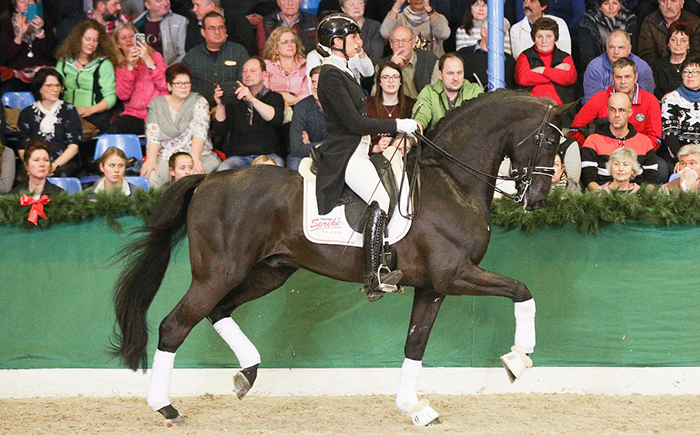 Bernay with Simone Pierce :Simone Pearce who rode him was convinced that he would go to the top. “Bernay has exceptional piaffe / passage, he’s a like a big boy so it’s taken a little while to put everything together, but now I think I’ll start to compete small tour then we’ll go straight into Inter 2. He’s sport-wise in a really good direction.” 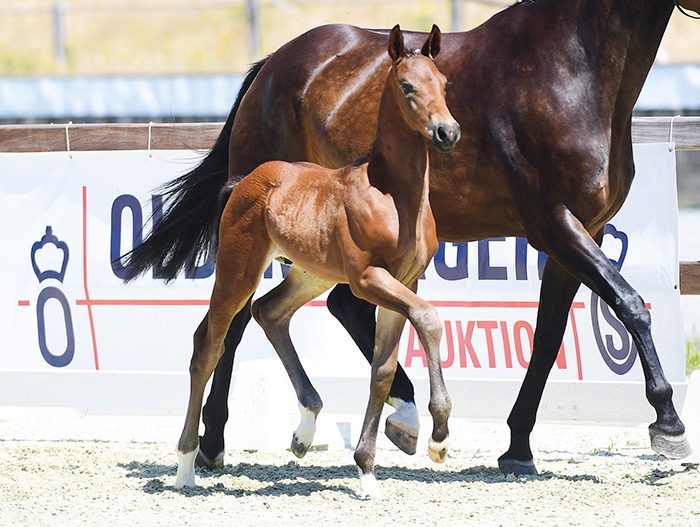 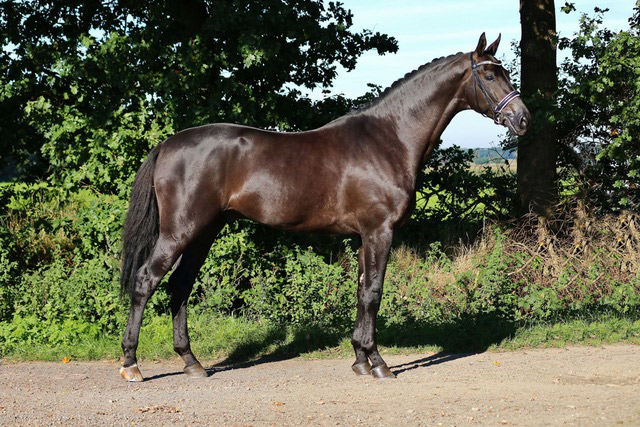 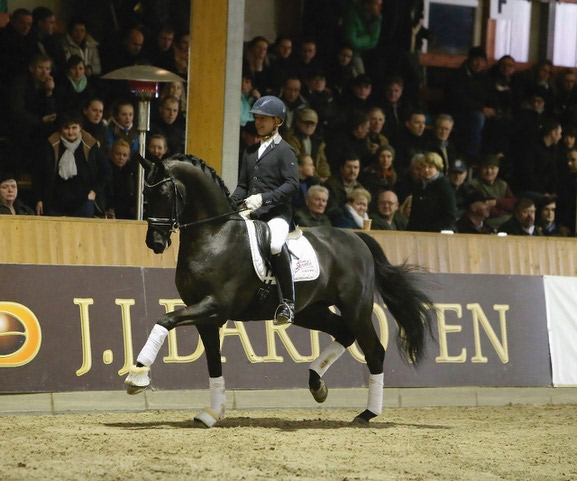 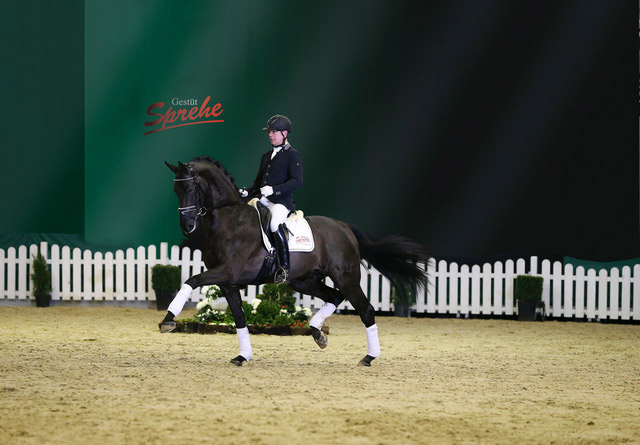